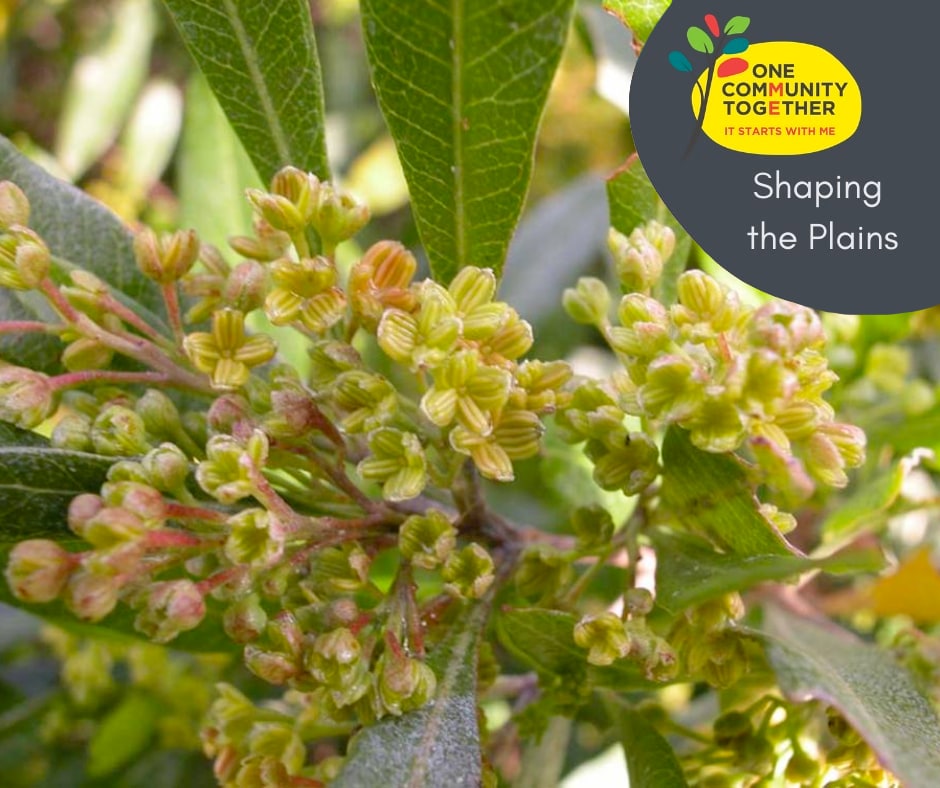 There is a 80,000+ year history of rich Aboriginal heritage on our fair island, in every corner and crevasse. The area we now call Clarence Plains is no exception to this. Once known as trumanyapayna, this area extends from Droughty Point to Tranmere within the paredareme country. It was home to the moomairemener people, who were deeply in touch with the land they lived on.

One fantastic example of the intertwining of their daily lives with the natural world around them would be the oyster bush (which is now known as Dodonaea viscosa, the hop bush). This evergreen shrub with vivid red pods was once readily found all around the Clarence Plains area. For the local Aboriginal people, the hop bush served a few important purposes. When the plant was at its brightest during Spring, this indicated to the locals that oysters were ready to harvest nearby at the foreshore; incidentally, this is where the name oyster bush came from. Chewing the leaves provided pain relief, and rubbing the chewed pulp onto wounds such as bug bites, cuts, or rashes helped them heal. Many years on, colonisers also began to brew beer from the red pods; this is the origin of the name hop bush. The beer was considered “of an excellent quality” by those who made it.

Our story hits turmoil here. Abel Tasman’s arrival marked the first slaughtering of the moomairemener peoples. Some 150 years later, in 1803, the first British fleets arrived. As Clarence Plains was taken over, the traditional custodians were pushed further and further out of their lands. The moomairemener people tried as best they could to trade and negotiate, but it was to no avail. By 1820, they had suffered so much displacement and loss of life that few remained. Explosives were often used by the colonisers to harvest lime for construction, destroying tens of thousands of years of archeological history. From here, very little is known about the custodians of trumanyapayna. It has mostly been lost.

Depicted below are sketches of Rrumathapana and Chief Tukalunginta. Both men were fierce warriors, with the latter leading the charge in Oyster Bay. Rrumathapana was known for wearing bones of his deceased brother as an amulet against sickness and misfortune. Chief Tukalunginta was an imposing man, despite missing part of his arm from the elbow down. There are many stories about how this fighter lost the limb, though the most accepted is that he was shot and it was severed to save him. Also included is a photo of the hop bush.

PLEASE NOTE: The spelling used in this story for ‘moomairemener’ is the one provided through the oral history. An alternative spelling is ‘mumirimina’.
Language used is palawa kani.
Shaping the Plains Project supported by the Clarence City Council Recovery Grant 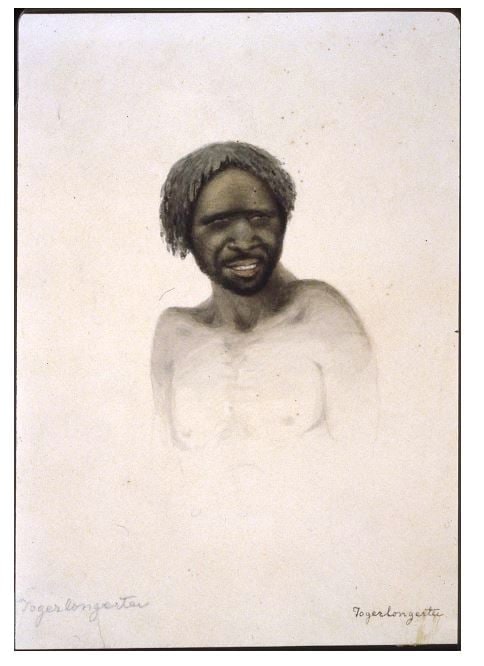 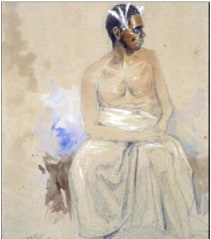