Skip to content
SHAPING THE PLAINS: Interview with Archer and Gloria – The newer crew

SHAPING THE PLAINS: Interview with Archer and Gloria – The newer crew 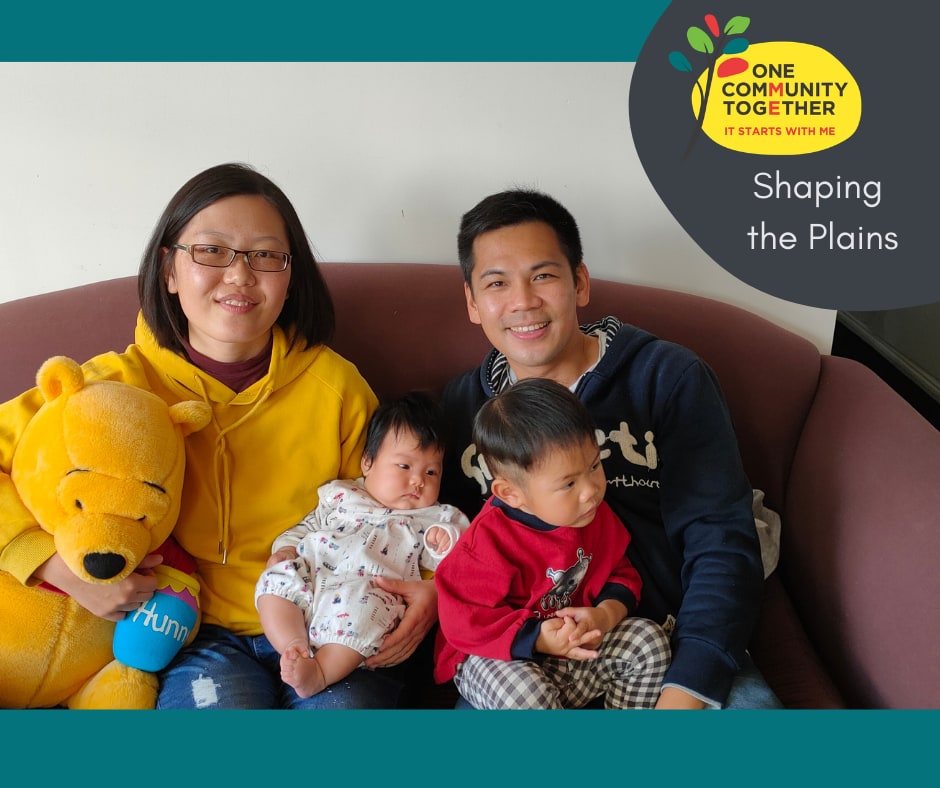 New to the Rokeby area, this Taiwanese family of four has faced their fair share of hardship. Archer and Gloria, with their two-year-old son Kai and three month old daughter Andrea are settling in to the Plains after spending a year in Sandford, next door to an emu farm. (That’s right – there’s an emu farm in Tasmania! I didn’t know that either!)

Archer first came to Australia in 2015, starting off in Queensland. Soon after, he experienced a horribly traumatic event. He was working and living in the Pittsworth Tattersalls Hotel when it was destroyed in a deadly fire. He was the last to escape from the blazing building, which collapsed to the ground shortly after he leapt a fence “like Jackie Chan”! Archer was unable to talk about the incident for months due to the trauma. Befriending a local in Townsville, who he affectionately calls his godfather, helped him recover and move on. He then moved to New South Wales, and after a 2018 camping trip to Tasmania with Gloria, the couple decided to move to the state that they found so charming.
They told me with sadness that they’d experienced quite a lot of racism after coronavirus broke out last year. Gloria especially had verbal abuse and gestures from drivers speeding by, was treated as ‘alien’ by others, and sworn at. Even staff at Woolworths treated her differently compared to others in line at the deli counter.

“I was frightened to go out… especially because of the children. Getting honked at for walking outside, not good. I avoided the CBD.”
On the topic of coronavirus, they spoke about the inability to social distance in Taiwan. “It’s like a pigeon cage,” Archer said of the shoulder-to-shoulder living conditions of the country. “It’s impossible to social distance there.”

Growing up in Taiwan wasn’t easy for Archer and Gloria. Archer told me about their schooling years: from the age of thirteen they would start school at 7:30am and have lessons until 9:30pm! Students are given a ten-minute break per hour, and a twenty-minute nap at their desk in the afternoon. “It is stressful… people with bad grades are very sad. We are excited for our children to go to an Australian school! They are human with human rights; they don’t have to study to the degree we did.”

As bright and intelligent students, school was more successful for Gloria and Archer. Archer is fluent in four languages. He played traditional drums in the Taiwanese opera for sixteen years and is both an electrical AND aeronautical engineer. Despite this he has endured trauma, stress, and sickness, along with racial abuse in the workplace. He has come out the other end alongside his beautiful family. Gloria recently began to take her children to the Clarence Plains Child and Family Centre to play with other kids and socialise in the community. She is no longer as afraid of racial attacks.

“We came here for an easier life for us and also our children and we are happy here. There are ups and downs, but we make it work!”
Lastly, I asked what the pair miss most about Taiwan? Archer misses family, friends, and the food! Gloria misses the convenience stores being open 24/7. They both hope to engage more with the Rokeby community and make more friends.