Skip to content
SHAPING THE PLAINS – Deb, Lynne and Dee – Generations of Joy!

SHAPING THE PLAINS – Deb, Lynne and Dee – Generations of Joy! 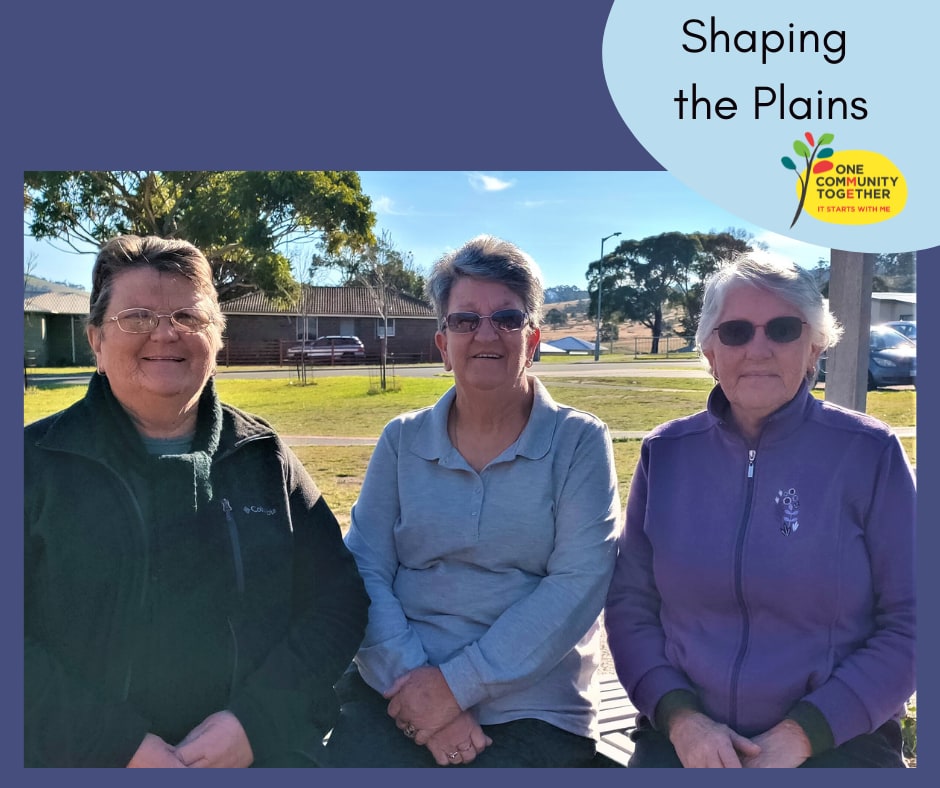 Today’s local interview is a triple threat! I had the chance to sit with Lynne Sayer, Dee Ayers, and Deb Savage to talk about life in Clarendon Vale over the past forty years, their community volunteering, and three generations of their families growing and living here. This story is double-length, so please enjoy. I couldn’t cut anything out!

Chances are, you’ve seen Dee around. She is the famous lollypop lady who kindly waves to those who drive past and has been ushering children across the road in Rokeby since 1999! Dee mentioned that there are children who used to cross every day and say hello, who’ve now grown up, had their own kids, and now those kids say hello to her. How crazy is that? Intergenerational road crossing!

Dee actually won the Knopwood Medal for her work lollypopping (is that a word?). She couldn’t remember exactly when, but 2012 was her best guess. That year, students of Bayview College were given the opportunity to vote for which community member should win the award. Student vote is not the usual way the award is given; this was quite unusual. The award is “the highest honour recognising staff achievement at the school” according to Bayview College, so for the lollypop lady to win it was phenomenal. Dee, humble as ever, only had this to say about the award: “I was shocked. I was embarrassed. I was invited to the ceremony but didn’t know why… and I was so shocked, but very happy.”

All three women are institutions in Clarendon Vale. Given how long they’ve all been here, I was very curious to know what they thought about negative associations with the area and if they thought those comments about crime and unpleasantness were true.

Dee – “I’m very defensive about it. The media is very loud about crime here.”
Deb – “How do you answer this question? Crime that happens in Sandy Bay doesn’t make the paper, so why does crime here?”
Lynne – “It’s all perceptions. When I was pregnant, a nurse told me not to list my address as Clarendon Vale. I said, ‘Excuse me, how dare you?’ as if I should be ashamed. I’m proud of where I’m from. I can’t say we don’t have problems here, at times it has been rife, but I still love it here. I’m not afraid.”
Dee – “No, I’m not afraid to live here either. I’ve walked through the alleys at night and had strangers ask, ‘Dee, is that you?’ and I call back yes, and I have never had a problem.”

Lynne, Dee and Deb have been volunteering with Clarendon Vale Primary School since ‘at least 1994’ by Lynne’s estimate. They all have children that went there and now their grandchildren do, too. They are passionate about education and learning opportunities and this was something they touched on a lot. Deb told me that she knew of children she’d taught to read who were now adults and using those skills to teach their own children and how much that meant to her. Since 1994, Lynne has only missed two school years of volunteering, and one of those was because of COVID! That means this incredible woman has only chosen to take one school year off in 27 years!

One program the women helped to set up was called School Watch, established in 1994 or 1995 (they couldn’t quite remember). After finding smashed windows and other destruction at the school, many parents joined the School Watch which had them voluntarily do security perimeter checks at the school every single night. The school ended up giving them an office to use as a rest spot, as well as tea and coffee supplies. Locals donated spotlights to help them see around the darkest corners, which were installed free of charge. School Watch ran for approximately 6-7 years before being disbanded. The school began to see great improvements and no longer felt unsafe! Deb recalls one incident: “One night, someone smashed something and hurt themselves in the process. We followed the trail of blood, a lot of blood, all the way back to their house. That was funny.”

Deb told me that she has loved Clarendon Vale from the very start. She spoke with excitement about great friendships made over back fences. Lots of divorcees and single mothers without friends were able to connect because they lived in such close proximity. “We’d all gather and meet and the kids would play.”

It isn’t all good, of course. Each of the women agreed it was upsetting how much the community has to fight for basics. Lynne said, “Glebe Hill has two brand new playgrounds and the houses aren’t even complete. We had to fight the council for one park… and then it took thirty years to install lights in it. It has always been a fight for basics here. The Family Centre has had to fight really hard for things like disability support. It wasn’t the council or the government that put in the disabled swings – it was the community. It was all done through donations.”

A week or so before this interview, Dee and Deb had helped One Community Together weed the tucker garden located on the corner of Bradman and Gasnier Streets in the Clarendon Vale Community Park. They had taken a great interest in maintaining it after a call was put out about the garden being overgrown and suffering damage from wallabies. Anything they can do to help this community; they are the ones who put their hands up. With Lynne included, your mind must boggle at how many hours the trio have put in over the past four decades to make Clarendon Vale a better place. They are so kind and so happy to keep doing it until they physically can’t anymore! It’s amazing!

To end this special double-length story, I’d like to just leave a quote from Dee about her time as a lollypop lady.

“People truly feel hurt if I don’t wave to them. You know, a couple recently walked down to tell me they have a new car. They told me what it looks like and to look out for them waving. Children and parents have given me so many cards and gifts over the years. I remember one so well… ‘It doesn’t matter how I feel when I leave home, every time you smile and wave at me, it makes my day’… but my favourite story is how I nearly got hit. So funny. She was driving along and leaned over to kiss her dog on the head and nearly swerved right into me! I saw her kissing the dog! But I’m turning 70 this year and it’s going to be my last year of lollypop work. I can’t do another cold winter!”

She’s earned the rest, that’s for sure!
The Shaping the Plains Project is supported by the Clarence City Council Recovery Grant. Many thanks to Finn for the story.
#shapingtheplains #onecommunitytogether See less