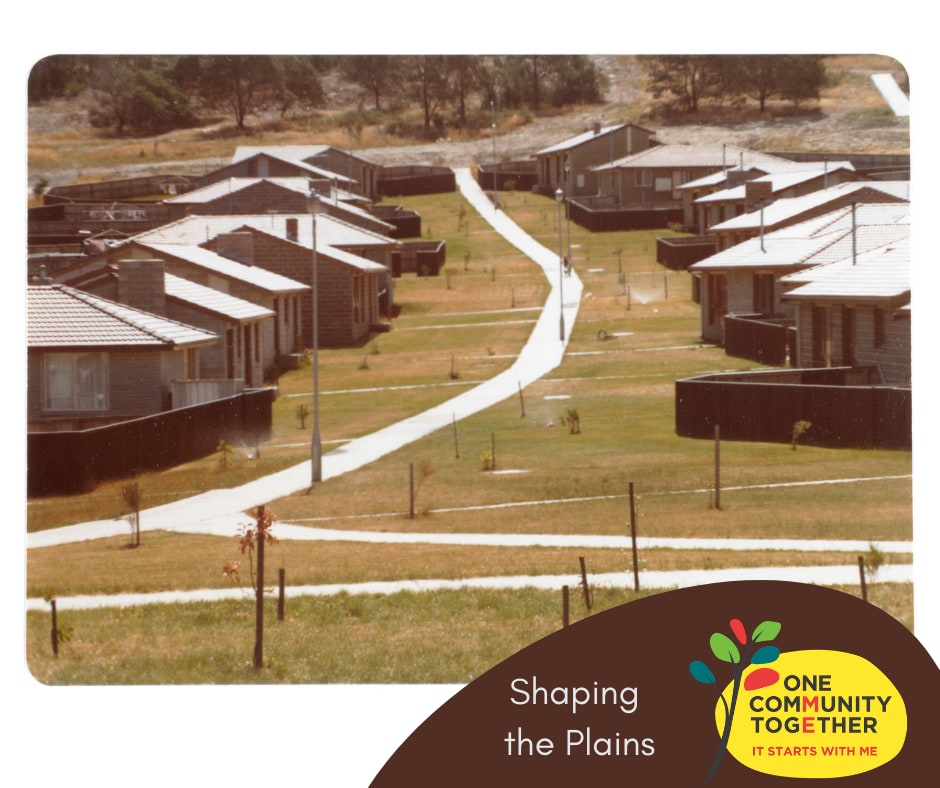 In the mid-1970s, during the boom of public housing development in Clarence Plains, architects of the time decided to implement the radical new Radburn design for sections of Clarendon Vale and Rokeby. First implemented in the US in the 1940s, Radburn designs were thought to encourage neighbourly socialisation, reduce boredom, and lower crime rates. To put it simply, Radburn designed housing estates are ‘backwards’ to normal street layouts – that is to say, their backyards face the street rather than the front of the house. The house fronts face each other in laneways with low or no fencing, and there are often shared gardens and seating. The architects envisioned comfortable, chatty neighbours gathering and growing flowers and veggies together, and really coming together as a community.

Radburn designs are generally referred to as one of the biggest social failures in urban design. Not only did these laneways actively encourage crime rather than discourage it, residents became more socially withdrawn and isolated. Since the 90s, there have been extensive efforts to demolish Radburn designed public housing estates across Australia. The architect responsible for introducing the Radburn concept to Australia, Phillip Cox, is quoted as having said: “Everything that could go wrong in society did go wrong… it became the centre of drugs, it became the centre of violence, and, eventually, the police refused to go into it. It was Hell.”

Nationally, Radburn estates are quoted as being “crime-addled slums”, “a catastrophe”, “crazy, ludicrous living Hell” and “a total disaster” by politicians and residents alike.

While we like to think of our community more positively, our own Radburn estates have had similar challenges. Photos of the Rokeby estate’s grand reveal compared to now show how derelict these laneways have become. You could say the estates lack a sense of cohesion and comfort, and some people say they do not feel safe. Laneways are overgrown, many with tall homemade fences made from random materials. Many requests for streetlamps to be installed in the lanes have been made, but none have been implemented due to cost constraints. For now, residents may feel uneasy and isolated.

In 2015, Mission Australia Housing undertook the massive task of assessing the Radburn laneways, tunnels, and parks of both suburbs for their continued viability in the Clarence Plains community. That’s 46 in total! The assessments looked at overall safety, the condition of the laneways themselves, and necessity to residents. Lack of lighting was the number one concern of residents and the findings echoed this: 13 spaces in Rokeby and 1 space in Clarendon Vale were considered high risk for the residents and people walking through them. Still, due to limitations and challenges, not a single change has been implemented.

As an interesting tidbit, one of the two original designers of the Radburn concept was actually named Clarence. How interesting that one would then be put in Clarence Plains!