Skip to content
Maurice Connor – ‘a young country fella’ growing up in Rokeby 90 years ago.

Maurice Connor – ‘a young country fella’ growing up in Rokeby 90 years ago.

“Our childhood was good. We knew everybody. We played cricket and did everything together because there weren’t too many people there.
There were only very few houses. Probably half a dozen. There was no knocking on doors. You’d just walk in. Everyone was kind of related. My mother was a Free. Lots of Free’s down there in Rokeby.

No electricity then; kerosene lamps on the table. No bitumen roads; not a lot of people had cars. Only one shop in Rokeby. My father went to town every Friday night to do the grocery shopping.

I went to school in Rokeby, just walked up the hill. We always used to go home for lunch. The school teacher used to live in the school house. About 10 to 12 students, no more than that, and one teacher. It was fun. The Chipman’s had an old car – a Sunbeam. Every time they went past the school they’d blow the horn. We knew who it was.

The Rokeby Hall was there. They used to have dances. We kids used to sit up on the stage, watching them dancing. We used to take the supper around.
Sunday afternoon we’d walk over to back beach, right down Howrah as far as you can go – when it wasn’t cricket season. We’d pick up tennis balls and take them home. They used to play a lot of tennis in Taroona and balls would go in the water.

Tobacco tins were another thing we’d pick up. That was when all the boats from overseas used to come to Hobart. They’d throw all sorts of things over and we’d pick them up. Sometimes you’d get a tennis racquet that someone would throw over.

My father managed Rokeby House all his life. The Hookey’s, three old maids, lived at Rokeby House. We used to take the milk up to them every morning.

My mother was the first patient in Calvary Hospital [1941]. Sunday afternoons we’d go to church at St Joseph, then have lunch in a café in Hobart called the Star Café, then we’d go catch the tram out to Calvary Hospital. She was out there near 12 months. She didn’t come out.

You had to pass an ability test when you got to grade 7. And unfortunately, I passed it. A young country fella having to go to town. I went to the Hobart Tech College and had to catch a lift. Rex Free used to collect the mail from the ferry and take it to South Arm so he’d give me a lift to the ferry. I did that for three years. The only job I had was at Fitzgeralds. I worked there all my life.”

Maurice Connor was born in Rokeby in 1929 where his maternal grandfather, Ernie Free, was the local blacksmith. Maurice lived in Rokeby until getting married in 1953. He lives with his wife Bernadette in Sandy Bay. He told his story to Reena Balding.

The Shaping the Plains project is supported by the Clarence City Council Recovery Grant. 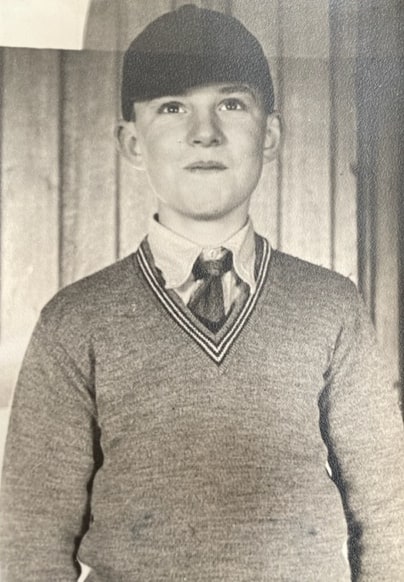 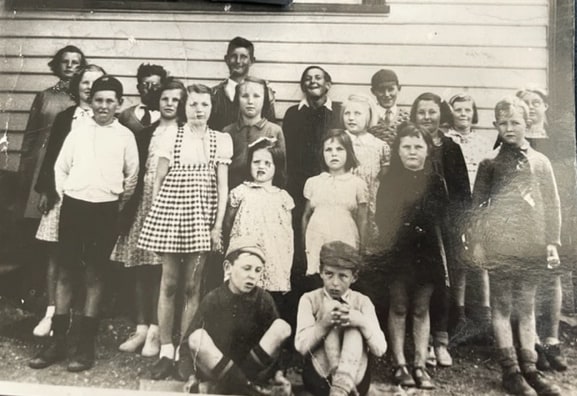