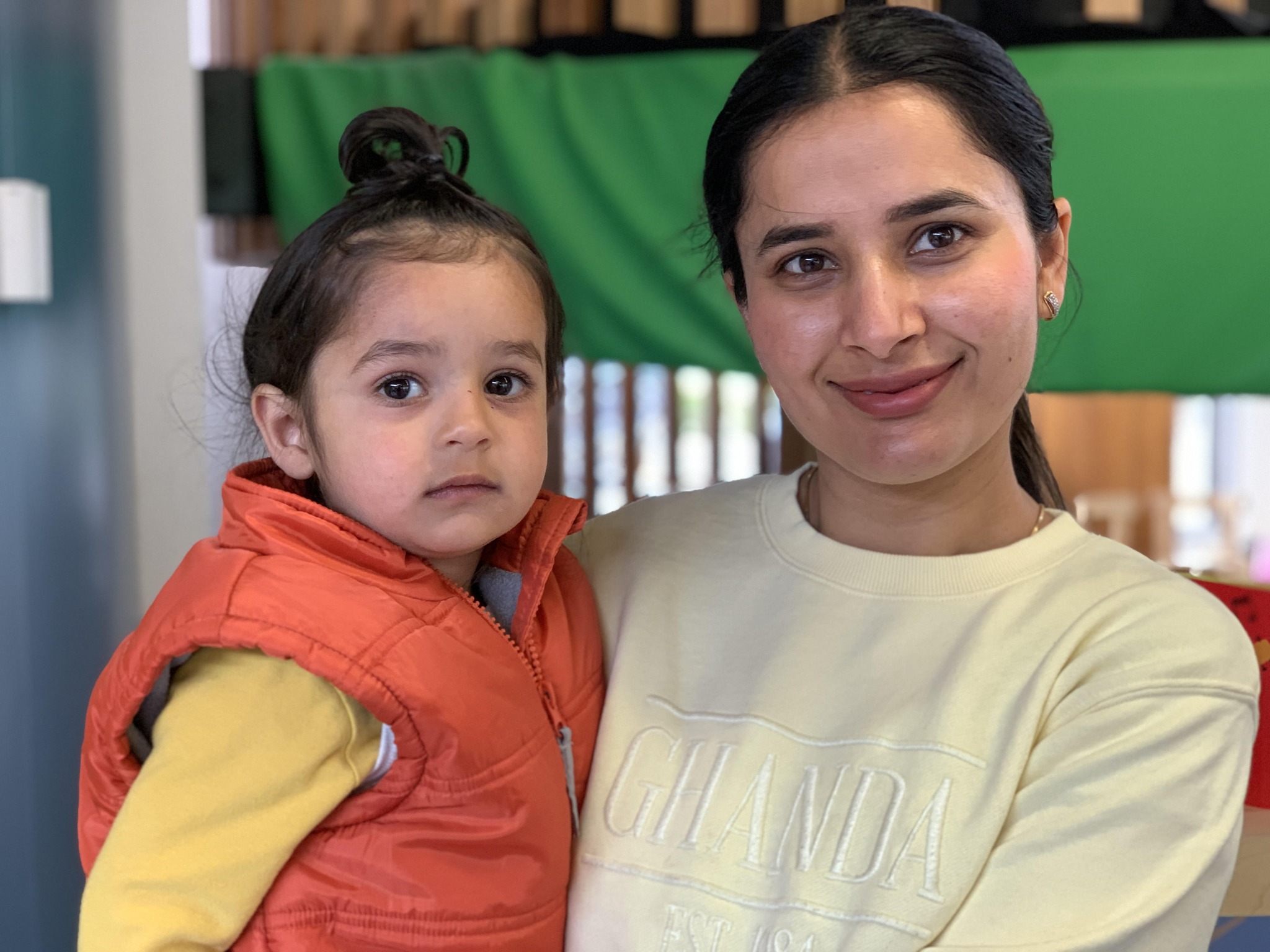 “Me and my husband, we both moved to Tasmania in March 2020. We lived with friends for the first ten days then we moved to Rokeby. So we’ve been living in Rokeby in the same house until now.

It was a new place when we moved in. We were excited to move into a new place, a new State. But we were a little scared as well, I don’t know why. Because we are from a different culture and not everyone accepts that.

My husband is a man who wears a turban, Sikh guy, and they haven’t seen a Sikh guy before. Not a long beard, just a short beard.

One night we were having pizza, two or three months after we moved, and a few people came out and started throwing bottles at our house.

We called the police.

In ten minutes we went out and there was nobody. We asked our neighbours standing outside, ‘Do you know where those kids and people came from?’

The lady said, ‘Sorry, we don’t speak Chinese’, and in front of us they called the people, ‘They’re out again, come back’. In a matter of minutes a few neighbours came from this side and that side. And again started yelling.

We were so scared for our lives.

The police came after 15 minutes and said, ‘If you have any issues, go and complain. This is not the right way, throwing stuff at their house.’

We were scared, at least for a year.

Then my son was about to be born and I didn’t feel safe here. I want to move out but we couldn’t find a place. We decided to stay here.

Later on, a few of the neighbours and the kids realized we were not doing any harm to them. They all become nice. One of the neighbours we still don’t talk. But the other neighbours they are all so sweet now. They used to come give us veggies they grew in their garden.

One day, one of our neighbours stopped and he was talking to my husband and he was saying, ‘You are nice people’.

My husband said, ‘I don’t think you like us. Your kids and your family did some stuff to us in the past’. And he was like, ‘Oh, we were scared. We’re okay with it now’.

Our front gate was broken and one day our neighbours came, and without our knowledge, they fixed it! How nice they are to us.

If you get bullied outside, that’s a one-time thing. If it’s your neighbours who aren’t liking you that’s more scary. It’s good if you have good relationships with your neighbours.

I was studying literature at home, then I was doing accounting, now I am happy doing disability services. It’s the best thing I did of all of the studies, I think. It’s so rewarding, helping people live their better lives.

It’s a journey. We were not getting accepted at all. Now if we are in the front yard or doing anything, everyone waves, every neighbour says hi. They’re so lovely now.

Now when we think about moving, I say no, I am comfortable here.”

📷 Harmandeep Kaur with her son Hazoor Singh Buttar. Harman moved to Australia from Punjab in northern India with her husband six years ago.

The Shaping the Plains project is supported by the Clarence City Council Recovery Grant.