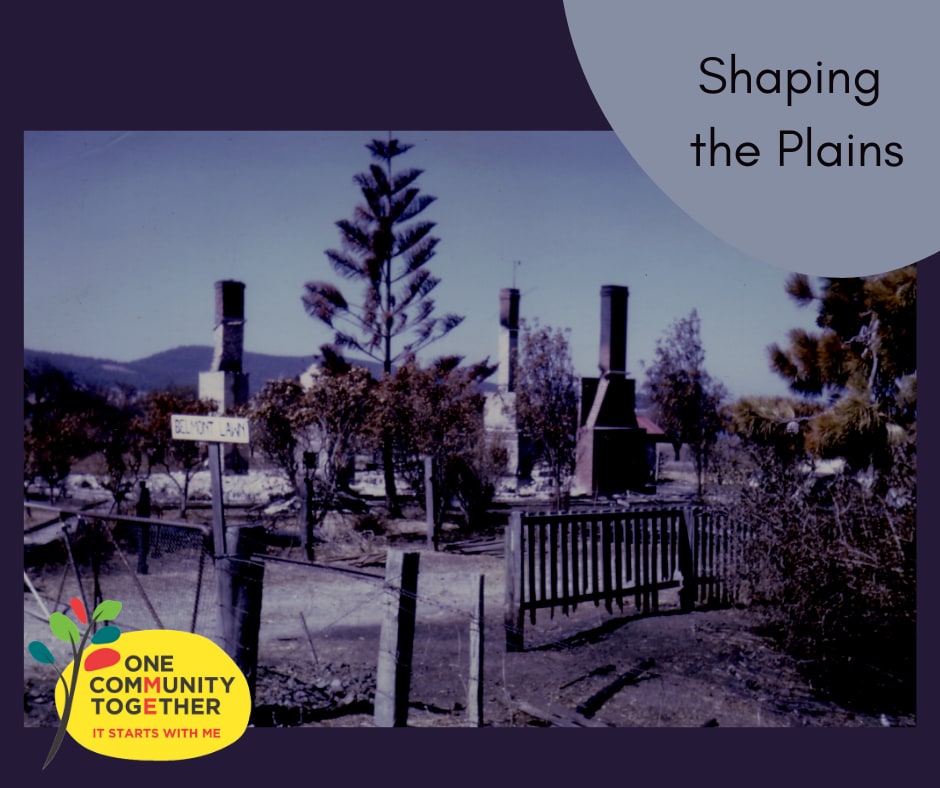 Over the course of this series, many stories I have written have touched on the fires that ripped through Clarence Plains in the sixties. Whether it be the personal recount of the day of the fire by Pauline, or in the stories about long-lost relics of historical buildings – the fires changed this area. Through the tragic loss of three lives, some good came from the fires, too; a rural fire brigade was established in the years after, as well as mains water and public telephone boxes. It is strange to think Rokeby and Clarendon Vale didn’t have these services prior to the late sixties. But let’s not jump too far ahead. Let’s go back to the 7th of February, 1967.

Hobart and the surrounding areas, including in the Huon and here in Clarence Plains, were whipped by ferocious winds during a record-breaking heatwave (it was 39.4 degrees!), setting the perfect stage for bushfires. Snug, Kingston and Taroona were all aflame by mid-morning, with the Plains following shortly after. The area was ‘hopelessly ill-prepared’ to deal with fires on a massive scale, with no fire brigade, no piped water network and not a single piece of equipment beyond what locals had in their homes – buckets, hoses, and their own personal trucks. 31 houses burned to the ground, as well as a large number of historical buildings. The parsonage, the original pub, the post office, the town hall and many more were lost that day.

There are records in newspapers and books that recount statements from residents at the time. One Rokeby resident, Wenna Massie, spoke about the panic she felt when she saw flames rapidly approaching her home from the hills. Her mother had just arrived from England to visit the family and now this was upon them! Animals were burning alive all around them as Wenna, her mother and her daughter spent hours defending their property from the flames using only a wet potato sack and a few buckets of water from a tank. “I was black from head to toe. Even my teeth were black,” Wenna recalled. The trio miraculously managed to save the house and none of them were injured.

You may recall in Pauline’s story that Erna Foot’s property (the old watch house) survived the blaze and was used for weeks after as a place for respite for locals. People were able to pop in to pick up food, clothing and other essentials from her house – it became a hub. Erna recalls that through the frantic panic the day of the fire she had broken her toe but didn’t realise or notice until the following day. The adrenaline kept her going. Erna was praised highly by everyone at the time for her tireless efforts to help those around her.

The Mercury newspaper published an anonymous letter (signed by ‘Dehydrated’) two days later, angry that Rokeby still had no water supply. It read: “These people living 20 miles from Hobart (at New Norfolk) should be thankful they have a supply with adequate facilities for gardens, etc. We are only 7½ miles from Hobart and have been waiting since 1961 for the fulfilment of vague promises for a supply, and even now we still have no definite date for water connection.”

As I mentioned at the beginning, there are a small few silver linings here. The fires finally prompted the government to establish mains water in Clarence Plains, as well as building a fire station. Sewerage followed very soon after, as did public telephone boxes. Shops, schools, even a community centre arrived. Finally, knocking on the door of Rokeby and Clarendon Vale, the radical Radburn estates rose from the ashes. What a change for our area, all born from a tragedy!

Sources:
1. Quote from Diana Swanton, Solicitor-General at the time.
2. ‘The Eastern Shore: A History of Clarence’ – Alison Alexander
3. ‘Footprints’ – Wendy Andrew
The Shaping the Plains Project is supported by the Clarence City Council Recovery Grant. Many thanks to Finn for the story.
#shapingtheplains #onecommunitytogether 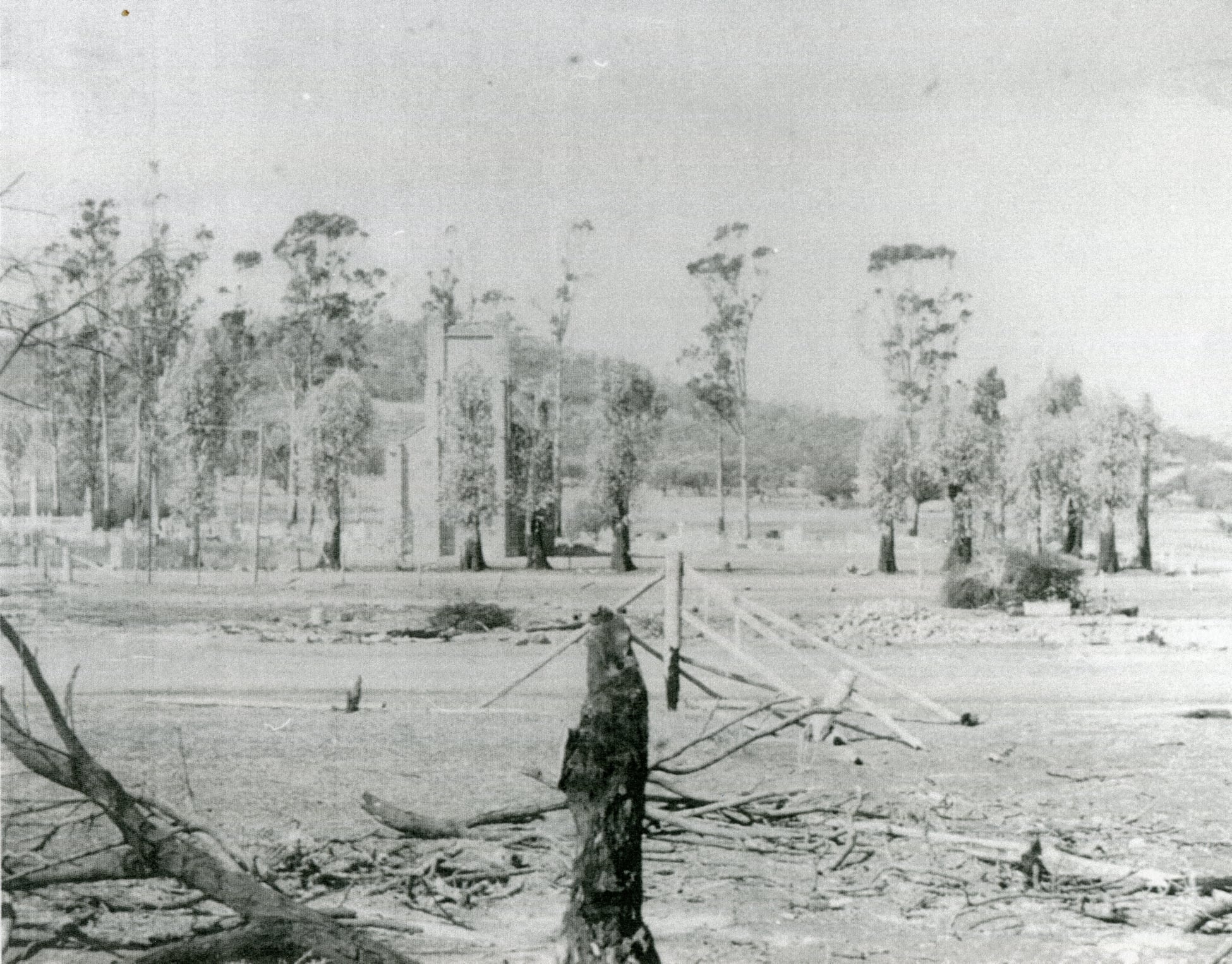